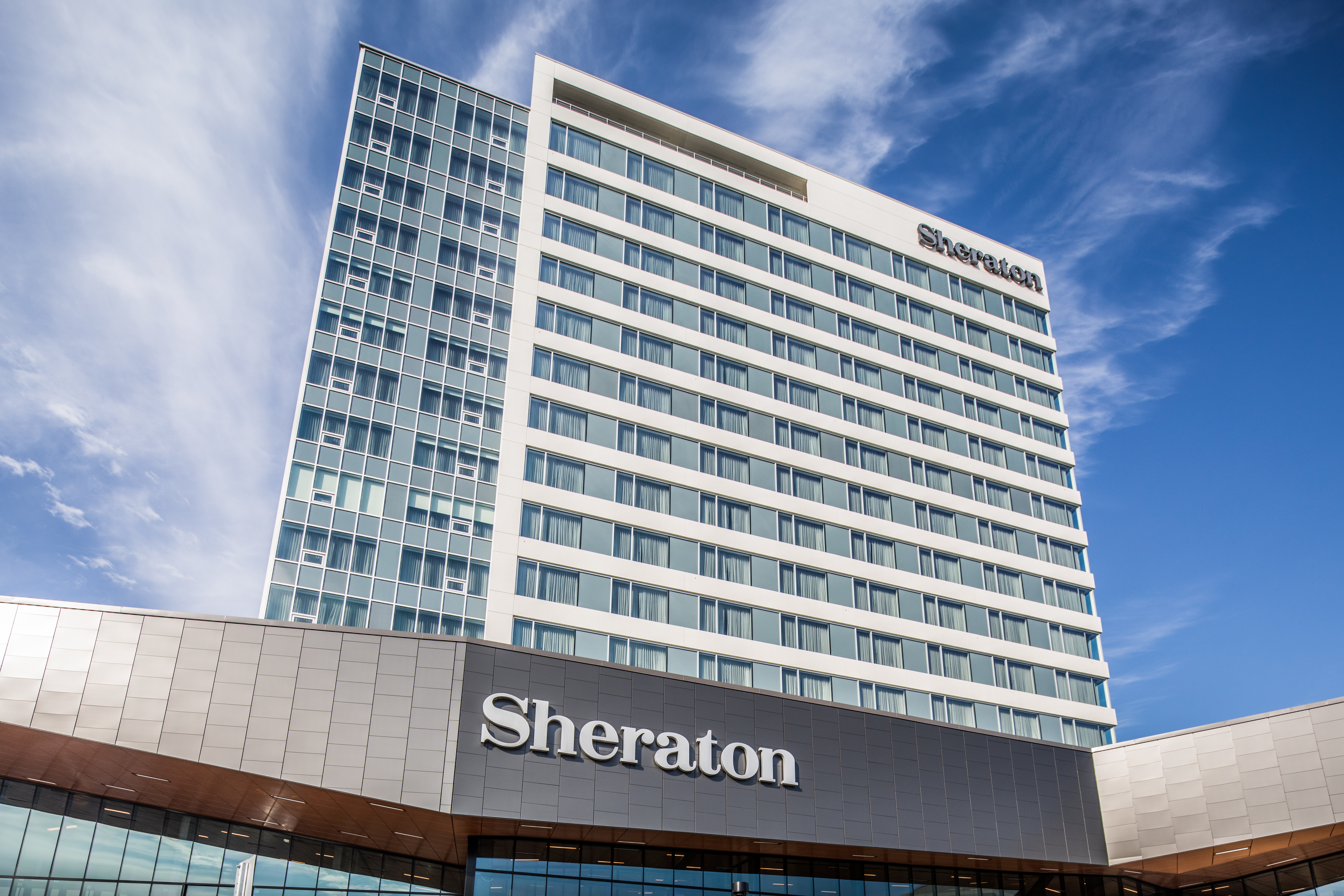 Hailed as Canada's "agricultural science park" because of its thriving food production and biotechnology sector, St. Hyacinthe now boasts a state-of-the-art Sheraton hotel. This 17-storey tower with 225 rooms is attached to the new convention centre and is the first full-service Sheraton to be built outside of Québec’s major city centers.

A new way of building

The construction of this project required rigorous coordination and great attention to detail because all structural elements, staircases and bearing walls, as well as exterior cladding panels were entirely made of precast concrete.

As such, the construction benefited from:

A total of 2,336 prefabricated units weighing 7,400 tonnes were incorporated into the tower. The exterior façade contained 36,600 ft2 of architectural prefabricated reinforced concrete panels.

The project was completed on schedule in May 2018.